Train up. Get the job. Keep the job.

This is what everyone wants.

Our Recipe for Success:

We assess and evaluate the skills of existing cooks and chefs, those with years of experience, with or without culinary school training. Then we add 10-20 hours of training on-site in our facility to improve speed, skills and techniques. This service is free to the applicant because the restaurants who are hiring are paying for your training.

In the training program, we work through any weaknesses, improving efficiencies by improving techniques.  Then we submit your profile to our restaurant clients to get you the right position for you.

Training is Monday thru Friday.

What kind of Chef job are you really looking for?

What about a Michelin starred restaurant or a personal chef in London for a family of 5? How about a chef de cuisine in Paris?

Like the beach? Work at a resort in Long Island, San Diego, Miami.

We are seeking to disrupt the way chefs get hired. We are customizing you, the chef, for the job of your dreams.  We will evaluate and train you based on your current skill set, then we will seek the employers you are seeking, the opportunities you want to attach yourself to.

We are more than just a placement agency, we are working for you the artist chef to help you become the dream employee in the dream job. If it doesn’t work out….don’t despair…we will place you until you find the right position.

You must make the first step.

We offer chefs 10-20 hours of free training at our cooking school...

We offer chefs 10-20 hours of training which includes an evaluation of existing skills, evaluation of performance, training on specific skills and/or training on a restaurant's menu.   We are a professional cooking school and have chef instructors on staff who will vet each applicant for readiness of employment.

Once 10 hours of training has been completed we send the chefs to you for interviews.

If the you approve of the chef, we train the chef on your menu for an additional 5-10 hours.

A start date is established  for a stage or for direct work placement.

The goal is to get chefs long term positions within restaurants because restaurants need a long-term employment and retention solution.

Gérard Pangaud is the youngest 2-star Michelin chef ever and the first in America. He has created and operated top-rated restaurants in Paris, NYC and Washington DC, earning a steady stream of prestigious and highly sought-after awards along the way. He is masterful with ingredients, recipes, and regional specialties and brings an encyclopedic knowledge of the culinary arts to everything he prepares.

Chef Pangaud is Cookology21 Professional Culinary School's Program Director for both the professional program and the employment agency training.

A Brilliant Career
It's no surprise that Gérard Pangaud excels in the art of cooking. Born in the suburbs of Paris, he grew up in a family where both his parents were very good cooks and appreciated fine dining.

During his externship he worked for the five-star Royale Hotel in Deauville, at the Modern Hotel in St Jean de Luz, and at the three-
star Grand Hotel in Paris. 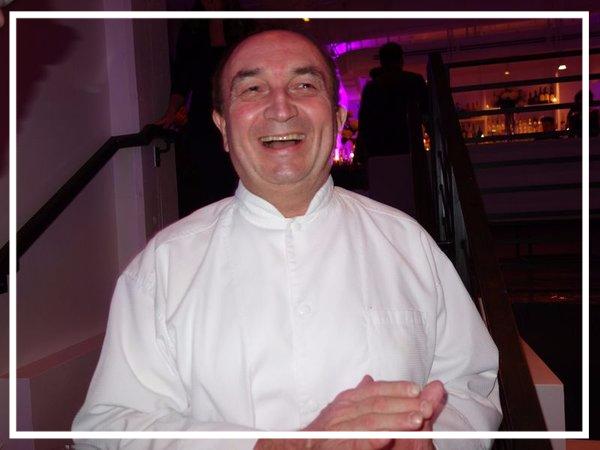 He subsequently returned to Paris to become Chef at la Barriere de Vaugirard, one of three Barriere restaurants, the others being the Barriere de Clichy with Chef Guy Savoy and the other, Barriere Poquelin with Chef Bernard Loiseau.

In 1982, he was chosen by President Mitterand as Chef of the G-7 Conference held at Versailles, hosting such dignitaries as President Ronald Reagan, Prime Minister Margaret Thatcher, and Chancellor Helmut Schmidt.


NYC & Washington DC
Gérard moved to America in 1985. With the title of Executive Chef, he opened Aurora, an acclaimed New York restaurant designed by Milton Glaser. Under his guidance, the New York Times awarded the restaurant three stars and ranked it as one of New York's top ten dining establishments.

Gérard is best known in the DC area for his innovative, yet elegant French cuisine, first at the Ritz-Carlton, then in his own restaurant - Gérard's Place. Acclaimed since its opening in 1993, Gérard's Place was consistently one of the highest rated restaurants, not only in Washington DC, but in the country, earning high praise from critics, congressmen, rock stars, heads of state, and movie stars alike.


For the last two years, and before becoming the Culinary Director for La Pasta, Gérard served as the Director of the Culinary Program at L'Academie de Cuisine, one of the top ten professional cooking schools in the country.


For five years Gerard was the corporate chef for Marriott International and Ritz-Carlton at Marriott HQ in Bethesda. Gérard's other interests include painting, traveling and working out. He is an avid golfer.